Follows an ancient stretch of VF leading to hilltop paths of the Cerbaie. Crossing the valley of the river Arno, up to the historic hilltop town of San Miniato.

A much lovelier walk today! I need to do some research into the symbols that appear on many of these iron crosses we see along the way. 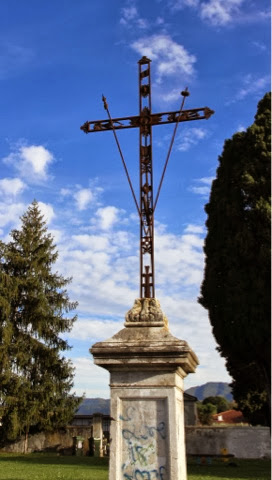 along some original stone Via Francigena roads, 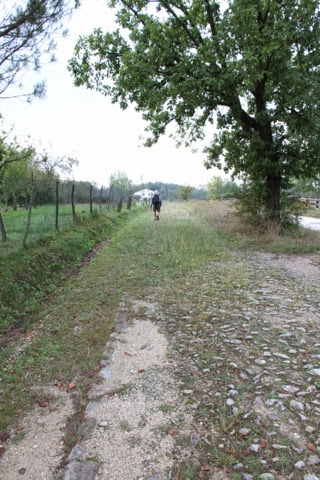 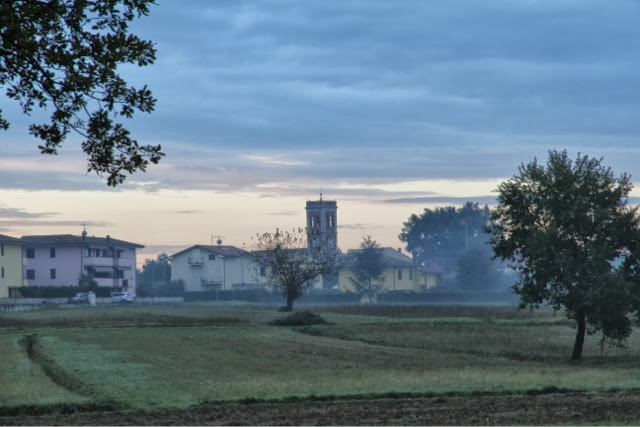 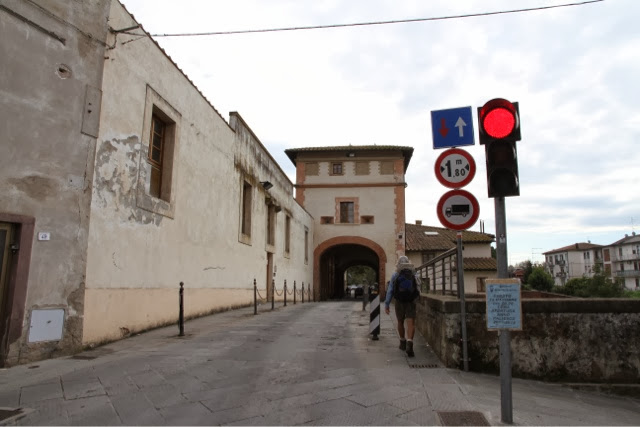 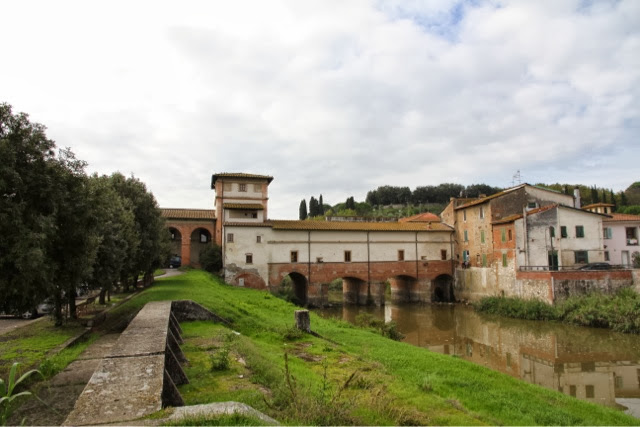 The Village of Fucecchio 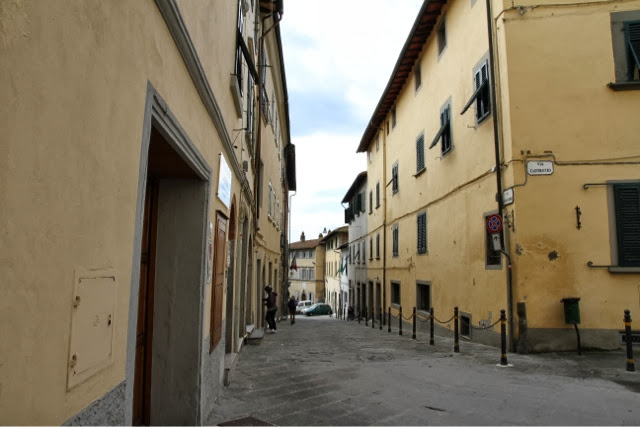 The door was open into this fascinating room in Fucecchio - so I had to go inside and look! 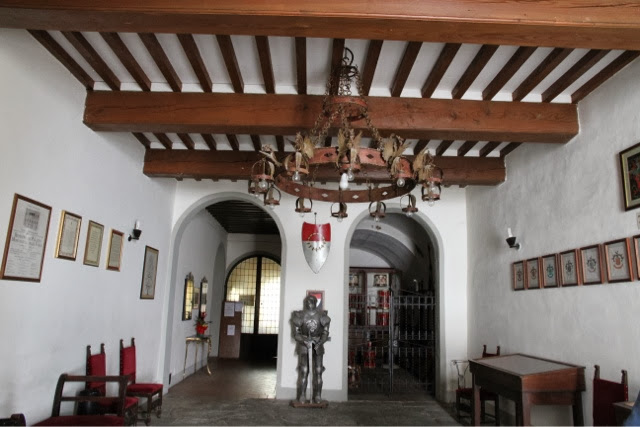 we crossed over the muddy river Arno 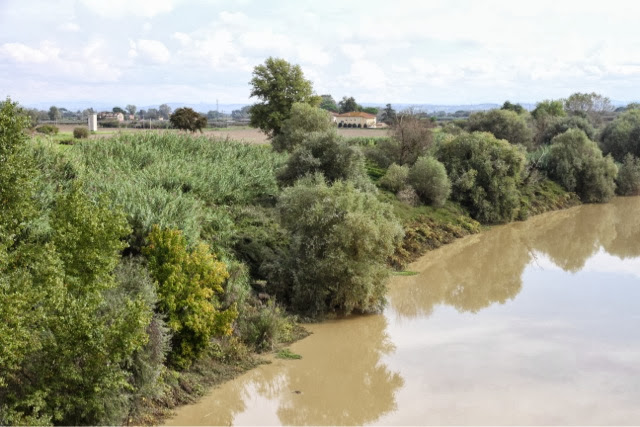 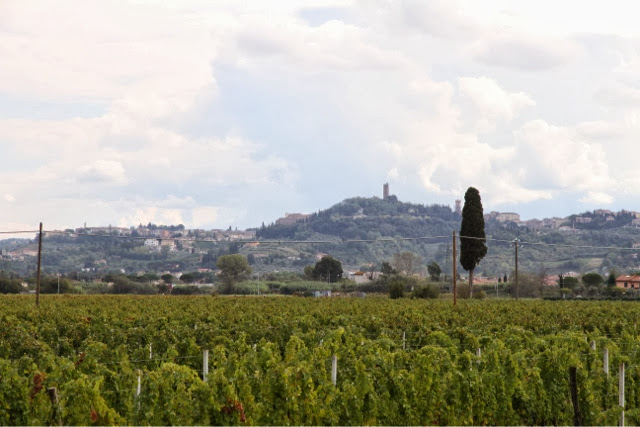 A good thing we were on the route walking early and arrived by 3 pm... at 4 pm it started to rain! We're dry, warm, clean and ready to venture out with my umbrella, and our jackets later this evening.
We have a wander around about 5pm after the rain stops... have some gelato, then establish ourselves at the bar Oca Bianca - free wifi, and a massive snack selection/ antipasti when you buy a drink!

Had an interesting chat to a local lady, when she heard my name was Anita - she said it's an Italian name! Anita Garibaldi... Whomwas a revolutionary fighter with her husband.
Anita Garibaldi, (August 30, 1821 – August 4, 1849) was the wife and comrade-in-arms of Italian revolutionaryGiuseppe Garibaldi. Their partnership epitomized the spirit of the 19th century's age ofromanticism and revolutionary liberalism.

recommendation from Philippe
I recommend the private rooms and the communal dinner at the convento de San Francesco in San Miniato Alta ( 33 Euro )
Tried to book a room at the San Francisco convent, but they're full, fortunately no one is staying at the pilgrim accommodation at the Misericordia

My recommendation would be to stay up on San Miniato, rather than San Miniato Basso - which is about 1.5 km down the hill. There's lots to see in the  hilltop village of San Miniato

Address: Piazza San Francesco, 1 - San Miniato Alto
Phone: 0571 43051
Type: Religious Structure
Open: All year
Price: over 20 €
Number of places: 55
Use of kitchen: NO, half board
We tried to book here lunchtime on our day of arrival, and it was booked out - might need to book a couple of days in advance...